This past weekend I attended my first gaming convention of 2020 Autumn Wars 9-11 October, hosted by HMGS-Midwest in Lake Geneva, WI.  Due to the COVID19 restrictions this was intentionally a small convention and it followed safety protocols including masks and social distancing with limited capacity.
I was invited by HMGS-Midwest president Kevin Cabai to run some of my games.  After considering the possibilities I decided to stick with Naval scenarios for the weekend as they are easier to transport, set-up and can be scalable since I did not know what attendance would be like.
I decided to go with my Pre-dreadnought fleets and focus on the Russo-Japanese war of 1904-1905 as well as my Spanish- American War 1898 fleets.  I scheduled 4 scenarios running three of the major Russo-Japanese naval engagements: Battle of Yellow Sea, Ulsan, and Tsushima along with an open period to play some hypothetical 1898 engagements based on the Avalanche Press game 1898. 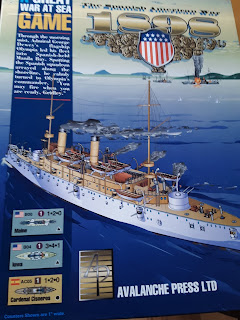 Scenario: The Imperial Russian Navy's First Pacific Squadron had been trapped in Port Arthur since the Imperial Japanese Navy's blockade began on 8 February 1904. Admiral Vitgeft could remain in harbor, but his fleet faced likely destruction or capture with the Japanese army advances. The alternative was to set sail and hopefully link up with Russian forces in Vladivosok. By early August 1904 he knew he could not delay any longer and decided to break out of the harbor and sail to Vladivostok.
We had seven players total take command of the Russian and Japanese fleets.  Both sides fought valiantly with interesting results that were not strictly historical.

Historically Yellow Sea was a smashing victory for the Japanese.  Togo was able to sink or capture the Russian fleet in mass.  This was due to an early lucky hit on the Russian Flagship bridge killing the admiral and most of his staff.  Our result was not quite the same.  Both sides took heavy damage including the Japanese main battle line,  More importantly the Russians were able to escape with part of the the 1st Pacific squadron to join up with forces coming down from  Vladivosok.

Scenario: The Russian cruiser squadron at Vladivostok received news that the squadron at Port Arthur had sortied. They expected more warning and were not ready to sail. Russian Admiral Lessen prepared to sail after coaling and made his way south with the intention of meeting up the Admiral Vitgeft in the northern Straights near Ulsan. Lessen and his three cruisers reached Ulsan early in the morning. He was Unaware that Japanese Admiral Kamimurawas patrolling in the same area with his four cruisers. 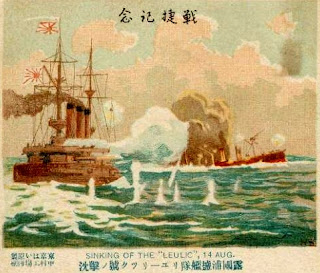 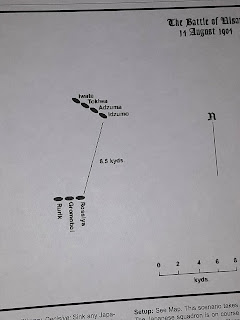 We had 3 players join us for the Battle of Ulsan which was perfect with to commanding the four Japanese armored cruisers and one the three Russian armored cruisers.  Again, the dice gods spoke and history had a slightly different outcome.


While the Russian squadron took a pounding as they did historically, they actually accomplished a tactical victory.   The Russians forced one Japanese ship to withdraw and severally crippled two others which was more than the needed to win this scenario.  Despite being heavily outnumbered in fire power by the IJN squadron the Russian gunners scored some early critical hits that the IJN could not recover from. 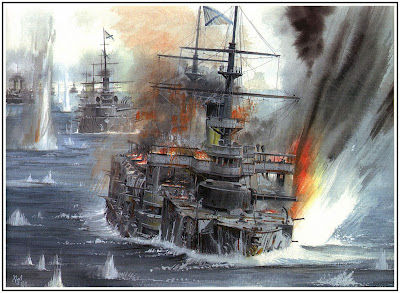 We had a full house for Tsushima with 10 players signed up.  Six commanded the Japanese fleet and four the Russians.  Historically the Russians are hampered in this scenario as they attempt the break through the Japanese battle line laying in wait.  Despite the handicaps the Russian players made a good showing for themselves attempting to maneuver and conserve their forces.  It took awhile for the Japanese players to decide what to do and close, but when they did the action became very hotly contested.


Tsushima had a more historical outcome with a Japanese win as we had to call the game due to time.  I have run Tsushima several times and this was by far the slowest developing engagement.  The Russians knew they were in trouble and attempted to sail out of it and the Japanese commander was slow to close with his main battle line.  As a result the cruisers had the opportunity to engage and suffered more damage than they did historically as the Russian Battleships began to target them.  In the end with the loss of two Russian Battleships and fairly equal loss of cruisers it ended in a Japanese win.  In honesty it would have been fun to see this scenario play out several more turns as the Russians had some firepower remaining to contest the Japanese main line.

Scenario: The Spanish American Naval War was a lopsided affair. Spain was still a world power, but she was in decline and proved no match for the up and coming United States during this period . As a result the historical engagements at Manila Bay and Santiago de Cuba proved to be lopsided affairs. This period does present a number of wonderful what-if scenarios based on plans and what could have happened. We will tackle one or more of these historical what-if engagements in the time available.
Four players were ready to go Sunday morning.  I was hoping for two more, so decided on Scenario 6 from the 1898 scenario book.  This scenario pits and America force making its way toward the Suez canal intercepted by a Spanish force including the obsolete battleship Pelayo.  The Spanish can win by sinking an American capital ship or the supply ships.  The American win by destroying the Spanish squadron and protecting the supply ships without suffering a major loss.


The Spanish squadron was all but eliminated, but did claim an American Armored Cruiser which counts as a capital ship.  the Pelayo and CarlosV turned out to be paper tigers.  I need to contact the game designer and verify the armor values.  I expected Pelayo to be low, but Carlos V was a large armored cruiser with the armor of a protected cruiser.  Either way both sides had a good time and enjoyed the suspenseful outcome.  We could have played another scenario, but all were happy to pack it up and call it a day.
In the end Autumn Wars was huge success.  I believe the official count was 95 participants over the weekend.  There were a number of quality games being run and mine were full or almost full for each scenario.  In addition, there were a number of vendors present despite the small size of the venue.  In talking to them they were as eager to get back out to gaming conventions as the gamers.  I was able to support one of them and pick up a cloth sea mat to use at home on the dinning table.
Not sure why I did not know about Autumn Wars in the past, but will definitely be looking for it in the future.  Kudos to the HMGS Midwest staff for continuing on and running a safe and fun convention in challenging times.
Here is hoping we can get past COVID and there will be more public gaming in the future we can all enjoy.
Posted by afilter at 7:36 PM 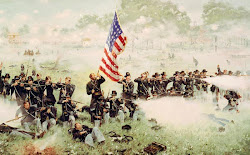 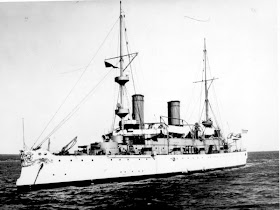